The Interview: Charles Guillemet on Siniša and BDIT’s approach to work
18630
post-template-default,single,single-post,postid-18630,single-format-standard,bridge-core-3.0.2,qode-quick-links-1.0,qode-page-transition-enabled,ajax_fade,page_not_loaded,,qode-title-hidden,qode-child-theme-ver-1.0.0,qode-theme-ver-28.8,qode-theme-bridge,disabled_footer_bottom,qode_advanced_footer_responsive_1000,qode_header_in_grid,wpb-js-composer js-comp-ver-6.9.0,vc_responsive

06 Jul The Interview: Charles Guillemet on Siniša and BDIT’s approach to work

This is a second in a series of interviews with some of our clients. Our goal is to show you their thoughts and experience working with us. Raw, unfiltered. No fake testimonials. We believe this is the best way for you to truly get a good idea of what it’s like working with BDIT.

Charles Guillemet is currently a leadership Recruiting Manager at Facebook, who met Siniša 12 years ago at Lumos Labs. Charles has over 10 years of experience as a recruiter, and he is someone whose job is closely linked to people. So, who better to tell us about the humane side of BDIT? 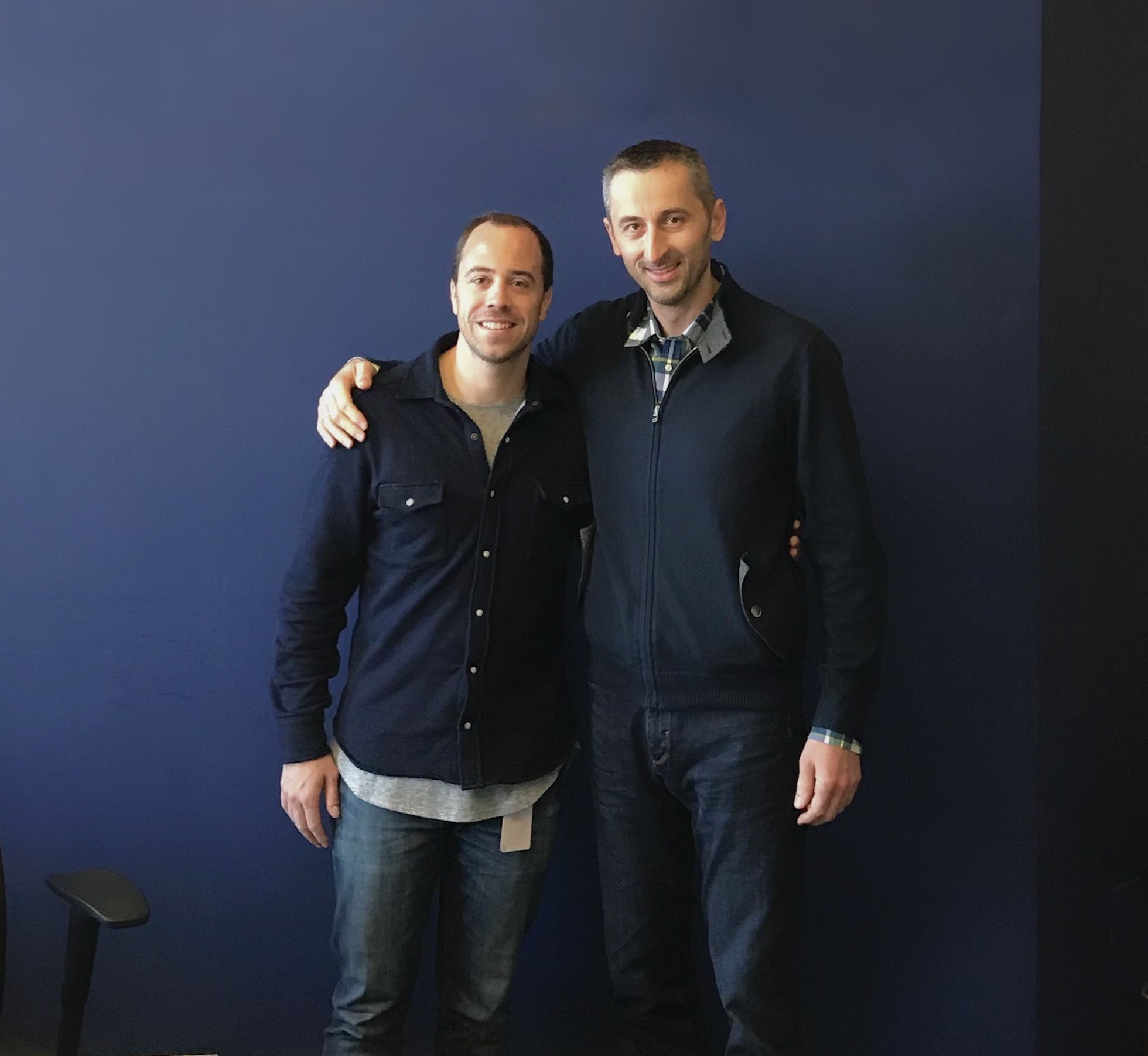 The Interviewer: You worked with Siniša in Lumos Labs when he was a solopreneur. Afterwards, you worked with BDIT as a team in the other company where you recommended him. So, what would you say about Siniša’s approach to work?

Charles: There’s a couple of things that jump to mind.

One is a consultative approach. Siniša is very good at wanting to understand what the problem set is, what are the deliverables, and how he can help. He asks a lot of questions before jumping into solutions. So in Lumos Labs, Siniša’s strength and that of his company was their ability to just listen and understand what the problem is. That came before telling us what the solution should be. So consultative approach.

The second is thoughtfulness in following up. One thing that sets Siniša apart compared to other folks who are doing the same kind of work is his ability to follow up and to be very thorough and thoughtful. You can always stress that the work will get done, that there will be a follow up that the ball is never going to get dropped, basically. That was pretty impressive, I thought.

And then the third is open to feedback. So once a task is completed, he wants to know what could have been done better. So that next time he has to do it, he can do it more efficiently. You can also tell his team what can be done efficiently. There is always this thrive to become better and to improve.

The Interviewer: Do you remember any situation from your work that is in your mind today, when you think about Siniša?

Charles: When I worked with Siniša, I was working on the international version of the website Lumosity.com. Essentially what it was was making sure that the website would be functioning, that users could subscribe, that the payment system would work – so basically, Siniša was responsible to build the entire website for internationalization. It was almost like a year-long project. And if it wasn’t for Siniša’s thoughtfulness and follow ups, I don’t think we would have gone through it.

The Interviewer: And anything about the communication?

Charles: Siniša and I have known each other for over 10-12 years now. I think I can call him a friend. I’d be happy to visit him in Novi Sad, but I also know that he’d come to visit San Francisco. Every time he comes, we go out and grab a meal together. And I think this is mostly due to his effort to always catch up. He cares about how you’re doing in your personal life. He has a better personal connection with people because he gets to understand their personalities before he’s even worked with them. I know some friends of mine who have worked with him and I think they consider him a friend before a coworker.

The Interviewer: And he translates that to his team.

Charles: I think he hires good people and obviously Siniša is also a very good man.

The Interviewer: And you did recommend Siniša’s team after you moved to another company. Maybe you could share with us what made you think that Siniša and his team could help there?

Charles:  When I was at that new company, we had a bunch of technical debt. And we had to, refactor or redo, something that would take a lot of time. This was a long project. And I think at the time, we didn’t have the resources to do it. And it was something that was important, but it wasn’t a new feature of the company that was money driven. So when we were in this situation, we could either spend more of our local resources on revenue-driven products, or we could have them work on something that’s not revenue driven, but then we’re gonna lose our money and growth. So Siniša became the perfect match – he was willing to help us on this project, while the rest of the team focused on a new product.

And I think a couple of criteria factored in.

One was, this was a sizable project that would take months to complete. We wanted someone that we could rely on, and that we could work with for a long period of time.

Two, we’d require more than one person to work on it. and three – trust.

The Interviewer: How did you pitch the team? Because the team’s from Serbia. How did you introduce them?

Charles: I said: “Listen, I worked with Siniša for four or five years, with a US based company, he did quality work, and he was really good. And the customer score was very, very high.” So having other clients that are like within the same area was very head forward, and that cannot carry far.

Siniša has a consultative approach. He is asking questions so that people know that he’s a serious candidate to help for projects like that.

The Interviewer: How could you compare BDIT to other companies? US-based, Europe-based, maybe even Asia?

Flexibility was a big thing. Regardless of the size of the project, it sounds like whenever you talk to Siniša, it is something that they can do, which is pretty impressive. There’s never, “No, I can’t do that, because we don’t have enough engineers”. It’s always, “oh, no problem – you need one engineer. You need 20? Yes, no problem”. I think that the flexibility that Siniša has is a big differentiator compared to other folks. Other folks might have a tendency to be like, “hey, not right now”, while Siniša would always say, “I guess we can do it”. And then it sounds like he figured out how to do it after.

The Interviewer: If you have a chance to hire his team again, would you?

Charles: So Siniša is authentic. Always the same, true, authentic.
Second would be thoughtfulness, he cares. He’s smart. He does due diligence. He’s a very thoughtful person.
And then third is ambitious. And I think you can tell that. We started working with just Siniša, now he’s got a whole company. And he’s working on growing the business. And it’s just been wonderful to see how much he grew. And that’s because he’s ambitious.

As for the values of BDIT, I would say flexibility is probably the number one thing.

Another one is that they do a good job. And a good price – it is not overpriced, or under priced. It’s fair, and I think it’s well adjusted to the market.

And then third it is growth. They are always growing and adding new folks and always wanting to see how to expand and grow. It’s crazy how much he’s growing. So that’s a good attribute.

The Interviewer: Do you feel like you want to add something?

Charles: I’ve always referred BDIT with my eyes closed. If anything, you know, it makes me feel good to refer Sinisa, because I know that he’s a really strong connection and someone that people will respect and want to work with.