Another interview in our series of interviews with some BDIT’s clients. Our goal is to show you their thoughts and experience working with us. Raw, unfiltered. No fake testimonials. We believe this is the best way for you to truly get a good idea of what it’s like working with BDIT.

Jonathan Pohl is a Product Manager who crossed paths with Siniša and the BDIT team at Lumosity. Since then, he has been a great source of referrals for BDIT. Read more about his reasons why. 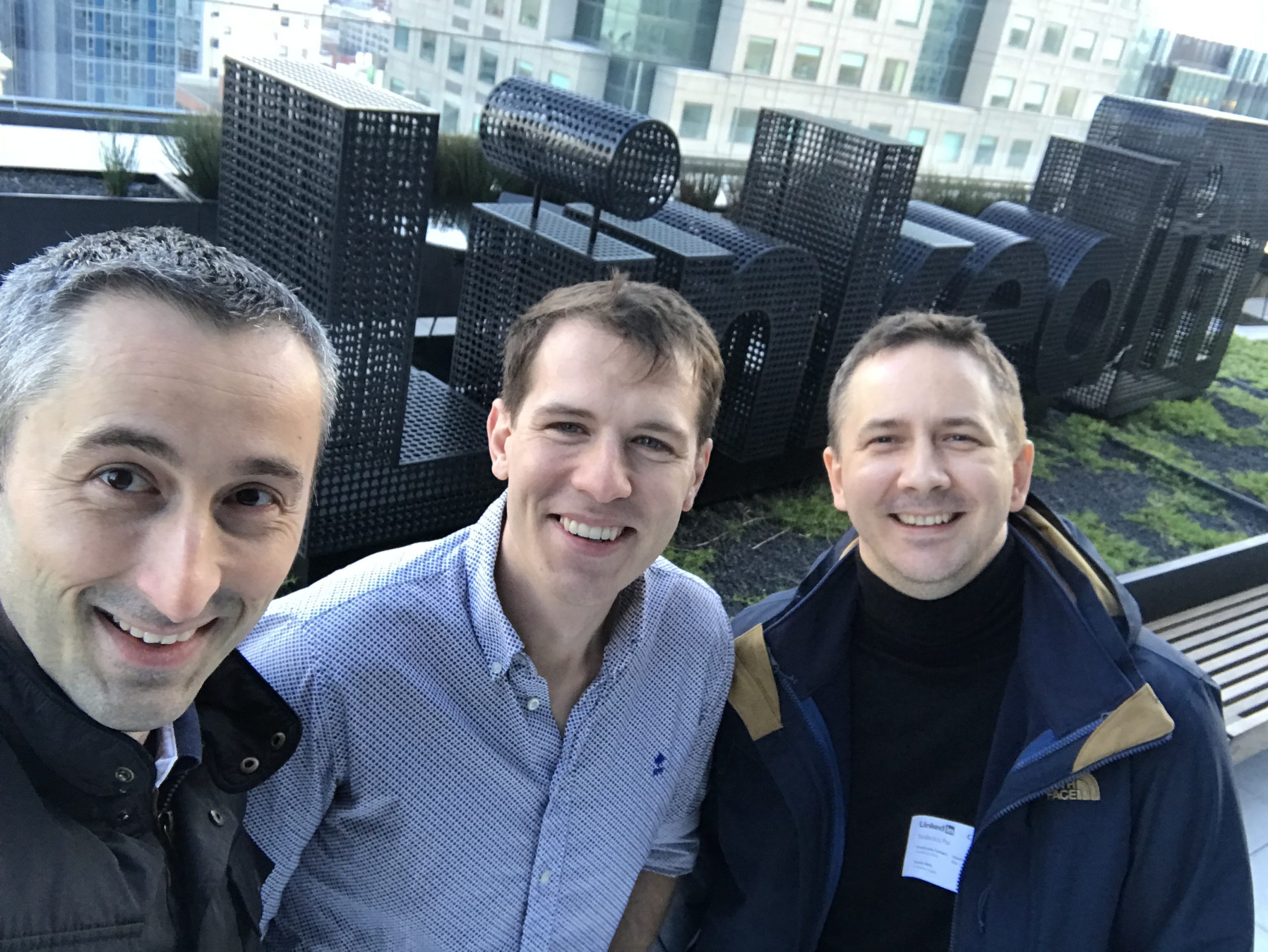 The Interviewer: What was your experience when working with BDIT Engineering?

Jonathan: If I were to choose one word to describe it, I’d say seamless, which is not always the case when you’re working with the remote team. I think there was some hesitancy early on, up until the point where I started working with Siniša and BDIT. All of my work had been done with local teams and I was very used to that style of collaboration. I was not sure entirely what to expect, but was so pleasantly surprised with how seamless the experience was. Siniša and the team did an incredible job of understanding what our requirements were. They did an amazing job of keeping the local team up to date on progress that was being made.

It was that communication, back and forth that really led to things working as smoothly as they did.  And in the end, it ended up being better than expected, it ended up giving us the ability to almost work 24/7 as a team, because as our team was sleeping, Siniša and his team were getting work done. We come in in the morning and have everything tidy and ready to go and well-documented – a very seamless experience.

The Interviewer: How did you get used to the time difference? Was it an issue, was it strange in the beginning?

Jonathan: The time zone difference was something that I was nervous about early on,  prior to working with Siniša and the team. I was not sure what to expect with the time zone difference. Siniša and the team did an incredible job of remaining responsive. We figured out the pockets of time where we could overlap. I made sure that we were booking regular sync-ups during those time windows.

And because of how organized Siniša and the team are, and how well they communicated and documented the steps that they were taking, the amount of time they had invested upfront to make sure that they were getting requirements right, there really weren’t any fire drills or anything like that. I didn’t have to wake them up in the middle of the night or anything like that – because of how well organized they are.

The time zone difference was never an issue.

The Interviewer: When your company first hired Siniša and BDIT what was the challenge that you were experiencing?

Jonathan: We first started working with Siniša and BDIT when we were working on updating our analytics infrastructure. At the time I was working for a company called Lumosity. They make brain training games. It’s a large consumer application, tens of millions of users, interacting with the app on a regular basis.

So we have a lot of data flowing through the system where we needed BDIT’s help to increase the robustness of that system, as we continued to add users and scale. That’s where their team really stepped in to improve both the scalability of our analytics, as well as the capabilities of our analytics system and our reporting.

The Interviewer: Did you work with teams similar to Siniša’s before, or did you always rely on internal teams?

Jonathan: We had some teams that were geographically distributed across the US so I certainly had the experience of working with other offices within the US. I was based in Boston for quite a while and worked between the Boston and Chicago office. But never a truly remote team, prior to working with BDIT. Since then, I’ve certainly worked with many remote teams, across Europe.

In a way I’m spoiled, having BDIT as my first experience. I keep expecting that out of these remote relationships. I think over time, people have gotten a lot better with zoom and everything else, but, the experience with BDIT was such a positive one. It’s kind of made it hard for every other remote team to measure up since then.

The Interviewer: Is there something you’d say sets the BDIT team apart?

Jonathan: What sets Siniša and the BDIT team apart, is the ability to really understand requirements upfront.

Taking time to understand the problem that you’re trying to solve, understand your business, so that they can anticipate and know when additional communication is needed. I think a lot of times working with teams now where things tend to fall apart is – it’s hard to have all the answers and people make assumptions.

And then when they make those assumptions and decide to just move forward, as opposed to checking in, that’s a lot of times where projects can go off track.
On the flip side, you don’t want a team that’s always checking in and can’t move forward on their own. That creates its own challenges.

Jonathan: I would say it’s their ability to understand and anticipate when it’s necessary to kind of reach out and make a decision together as a team versus them just being able to move forward.

That comes from them having a deep understanding of the business and the problem that we’re trying to solve. The other thing that’s a benefit is, at the end of the day, there were some projects where we engaged them, where they were engaging over a long period of time.

It enabled our team to pick up the work that the BDIT team did and then run with it and maintain it over many years without any issue.

Jonathan: I think at the end of the day, it comes down to results. The fact that we were able to get projects done, on the timeline that we wanted.  And have things work the way that we expected them to.

That’s all you can really ask for when you’re looking for a team. Did things get done, did they get done the right way, and did they get done in the right time frame?  I would say from that perspective that that’s not even my experience always with local teams. I’m a product manager, so I have tons of experience of projects running over timeline, over budget. It was just natural and normal.

I think that’s probably the biggest thing working with the BDIT team, that the things are being delivered on time with high quality. They’re delivered in a way that the team can go on their own and maintain them moving forward.

The Interviewer: What do you think companies in the Silicon Valley value the most?

Jonathan: Certainly on time and on budget, I think that’s what matters at the end of the day. It’s about results and the BDIT team delivers results.

The other thing that I think works well with Siniša and the team and why they are successful is because they’re able to deliver results, and they’re also able to do it remotely. A lot of times what you’re looking for as a startup is an edge, right? How do you outwork the competition and BDIT team end up being that secret sauce for some companies where it is.

It’s what allows them to extend their day, really be operating almost on almost a 24-hour clock. I think that’s something that’s hugely valuable.

Jonathan: Yeah. Yeah, certainly. To be able to tell you and others about how wonderful they are and to serve as a reference for them at various points – when people were trying to make the decision. Thankfully those people made the right decision and decided to go with Siniša and the team.

The Interviewer:  And finally, three things that spring to your mind when I say BDIT?